The Fincel Family has been farming since 1886.  The Fincel farm was originally located on the north end of Dubuque near John Deere.  The size of the original farm was about 5 acres, and grew to 17 acres in the 1920's. The farming operations were moved to the present location in East Dubuque, on Frentress Lake Rd, to expand from 17 acres to 100 acres, when John Deere bought the original farmstead  in the mid 1960's.  Through five generations of farming, the Fincel family has grown their business, and their legacy of sweet corn and produce is a pillar in the history of Dubuque.  Every generation has shown that farming is truly a family affair for the Fincels. During the height of the farming season, the Fincels each work 80-100 hours per week in order to bring the highest quality of produce to your table.  Each family member is responsible for different aspects of the farm.  With over 130 years of family farming knowledge and experience, the Fincels strive to offer only the best when it comes to their sweet corn and produce.  As the management of the farm transitions from one generation to the next, the quality of our produce and service will continue at the highest level. 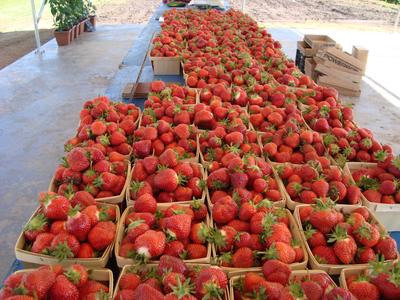 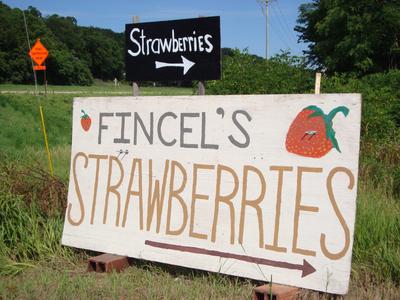 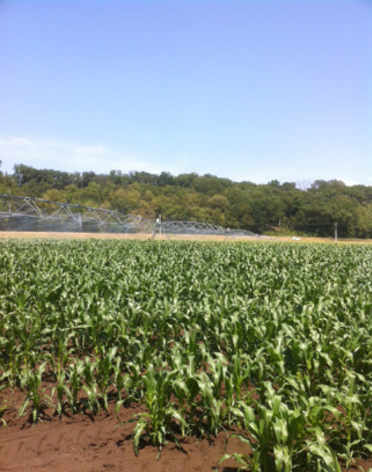 ​The year on the farm

The Fincel family uses sustainable growing practices, although they are not organic farmers.  Crop rotation and diversification are incorporated to not deplete the land of its natural resources, and enhance the biological and economic stability of the farm.  Proper management of the soil and rotation of the crops helps to suppress weeds, pests, and disease naturally, while reducing chemical inputs.  The choice of the varieties of produce is made to use only those that are well suited to the land and conditions of the farm.  Care is taken with the land to avoid soil erosion, by sowing the land with oats and winter rye while it is not in production.  Regular additions of compost and organic matter help to increase the soil's stability, tilth, and soil microbial life.  Preventative strategies and options that are the least toxic and the least energy intensive are used to protect the land and the crops, while still maintaining productivity.  Out of concern for our customers, we voluntarily do not use GMO's.  Irrigation is utilized to protect the crops from frost and drought.  Over 5 miles of buried pipes are used to move water to different areas of the Fincel farmland.  The Florida Stake and Weave method for tomato cultivation assists in avoiding disease for the tomato crop by not allowing the tomatoes to have contact with soil.  The evolution of "green technology" enables the Fincel's to continually experiment and adapt new growing practices, to protect the environment as well as provide quality fruits and vegetables. The land and environment are treated with respect, to ensure that our produce will be available for generations to come.

Farming operations begin early in the year as planning for the coming year's crops commences in January.  Some seeds are started in the Fincel's own kitchen and basement in February, to heat the soil so that the seeds germinate.  Just when his kitchen is beginning to be overtaken by plant flats,  plants are moved out to one of three heated greenhouses.  In early March, the family transplants small flower plugs into hanging baskets.  Eventually as the weather warms, many of the seedlings are moved into cold frames and the other two greenhouses.  By early April, two of the three greenhouses are fully planted with the earliest tomatoes of the season, in hope of having fresh tomatoes by mid June, and field fresh tomatoes by mid July.

Field work is able to begin as soon as the ground has thawed sufficiently and is not too wet for the tractors.  The ground first has to be prepared in anticipation of the first sweet corn planting in mid April.  With roughly 70 acres dedicated to sweet corn, there is a lot of preparation for all of the plantings which are to occur between April and July.  Fields are plowed several times to ensure that the soil is graded evenly.  The plantings are spaced so that a new field of sweet corn will be available for picking roughly every three to four days beginning in early July, through September. Every year, seed company representatives offer the Fincel's between 20 and 30 different hybrid varieties of sweet corn to test.  Experimental corn varieties are tested each year to find the best yield and flavor.  The Fincel family prefers to grow bi-color corn, as it consistently delivers the best flavor and tenderness, and the highest sugar content.

The 16 person picking crew begins its work each day at the break of dawn to pick the corn by hand and  have it available by the opening of its market locations.  The Fincels only sell their corn on the day that it is picked.  Unsold corn is donated to local food pantries or composted.   About 20 acres of the land is used for the cultivation of the other produce the Fincel family has to offer, including asparagus, strawberries, kohlrabi, onions, cucumbers, zucchini, potatoes, 5,000 field-planted tomato plants, muskmelon, watermelon, eggplant, bell peppers, several varieties of hot peppers, green beans and yellow wax beans, snow peas, sugar snap peas, radishes, carrots, beets, broccoli, garlic, select herbs, several varieties of squash, pumpkins, and gourds.

Over time, Fincel's Sweet Corn has become a leader in its field, offering the finest sweet corn in the Dubuque area.  It is a summertime delicacy sold in Dubuque, Iowa and East Dubuque, Illinois, although some of our customers have shipped it all over the world.  Through generations of tradition, experience, and a family's hard work, the Fincel's have learned what it takes to be successful farmers, producing fruits and vegetables of the highest quality.